Organizer: The Hungarian Academy of Sciences in collaboration with professors Kari Polanyi Levitt and Marguerite Mendell

The Institute published a volume of proceedings

– The Life and Work of Karl Polanyi

2nd: Market, State, and Society at the End of the Twentieth Century, Montreal 1988

Theme: Market, State, and Society at the End of the 20th Century

Participants at this conference explored the interplay between market, state, and society in broad terms, theoretically and from comparative perspectives, and discussed Polanyi-inspired alternatives for social reconstruction.

– The Legacy of Karl Polanyi. Market, State, and Society at the End of the Twentieth Century

3rd: The Seductive Market and the Future of Socialism, Italy 1990

Theme: The Seductive Market and the Future of Socialism

Theme: Beyond Market and State: Survival Strategy or Autonomous Development?

• Globalization
• Socio-economic restructuring and emergent responses to the economic and social crisis at national, regional, and local levels, and their capacities to transform the communities they addressed
• The informal sector in developing economies

The Institute published four volumes of proceedings from this conference

– From Political Economy to Anthropology. Situating Economic Life in Past Societies
– Humanity, Society, and Commitment. On Karl Polanyi
– Artful Practices. The Political Economy of Everyday Life
– Europe. Central and East

Theme: Re-Reading The Great Transformation: Freedom in a Complex Society

Organizer: Egon Matzner, Austrian Academy of Sciences in collaboration with the Polanyi Institute

• International political economy, with emphasis on the implications of the globalization of finance
• The micro-economic issues and macro-economic problems of countries in transition and their integration into the European system
• The role of social movements and informal economic initiatives
• The future of socialism
• Identity, ethnicity, and nationalism
• The relevance of Polanyi’s work to the sustainability debate

– Karl Polanyi in Vienna. The Contemporary Significance of The Great Transformation

6th: Reciprocity, Redistribution, and Exchange: Re-Embedding the Economy in Culture and in Nature, Montreal 1996

Theme: Reciprocity, Redistribution, and Exchange: Re-Embedding the Economy in Culture and in Nature

• Ecology, economy, and society
• Urban social movements, the social economy and local development within the context of globalization
• The commodification of labour and culture
• Social and cultural dislocation in economies in transition

The Institute published three volumes of proceedings from this conference

• Globalization and counter-movements
• The role of social movements and civil society in building a new international order
• Women and economic democracy
• The environment and distributive justice on a global scale
• The rights of the South to development
• Free Trade Area in the Americas – an extension of the American empire, or an American Union like the European?
• The rise of populism and right-wing religious fundamentalism
• Community-based economic development
• The role of civil disobedience
• The social economy as an alternative paradigm

10th: Protecting Society and Nature from the Commodity Fiction, Turkey 2005

Theme: Protecting Society and Nature from the Commodity Fiction

• Work, Poverty and Social Exclusion
• Land and Nature as Fictitious Commodities
• Knowledge as a Fictitious Commodity
• Entitlements for Social Participation
• Responsibility, Agency and the Future of Social Policy
• Contributions on the work of Karl Polanyi

11th: The Relevance of Karl Polanyi for the 21st Century, Montreal 2008

Theme: The Relevance of Karl Polanyi for the 21st Century

• The significance of Polanyi to contemporary theoretical debates in the social sciences and the humanities in the search for new paradigms and conceptual frameworks relevant to the realities of the 21st century
• Polanyi’s concepts of reciprocity, fictitious commodities, and double movements to the development of critical approaches, in theory, action, and policy at the beginning of the 21stcentury
• Polanyi’s relevance to national contexts and international cooperation
• Polanyi’s social, economic and political thought compared to important social thinkers such as Marx, Gramsci, Arendt, Hayek, among others
• The social economy as an alternative socio-economic model and a means for social transformation

• New theoretical perspectives in the social sciences
• Neoliberalism, globalization and the current crisis
• Public policy and resistance
• Fictitious commodities and the social and solidarity economy in the South and in the North

The conference was also the occasion for the launching of the volume Textos escogidos. Karl Polanyi, edited by José Luís Coraggio (Universidad Nacional de General Sarmiento / CLACSO, 2012), a collection of published and unpublished works by Karl Polanyi in the Spanish language. 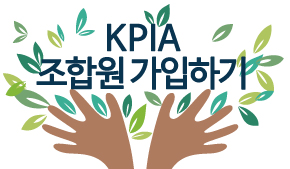